Some old and new.

Now that all the Dr. Sketchy’s stuff is starting to roll forward, and the website is essentially up, I can finally get back to the stuff over here.  🙂

The first two sketches are at least a decade old – both were done while I was in college. 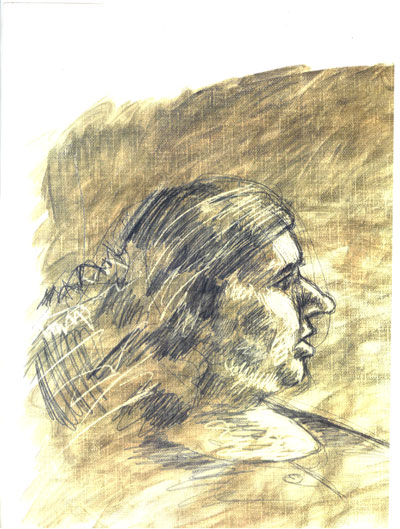 The above is a sketch of a bunch of boulders at Graveyard Fields, a camping ground up on the Blue Ridge Parkway near Asheville, NC.   The forest there burned down at one point and moss grew over the stumps, making the thing look like a graveyard at some point in the past (though I don’t think it looks like that anymore.

Next is a bunch of sketches during a Godawful section meeting at work….the first is a diagram of a robot I’m currently building in Anim8or. 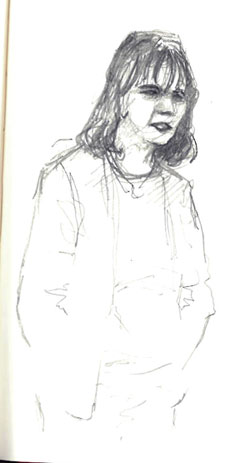 And last, but not least, Mr. Big Nose. 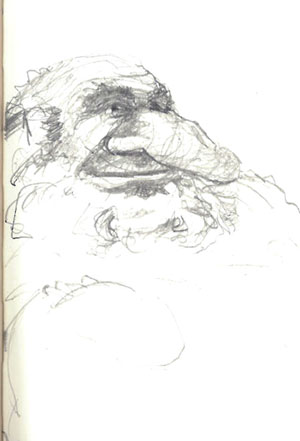 Fooling around with computer animation.

I’ve spent the last couple of days fooling around with computer animation….this post would have actually been up last week but there’s been a lot of annoying hindrances to embedding the video, so I’m just giving up and posting an image and a direct link to the animation on Photobucket.

Boing Boing posted an article last week a kid out in the midwest who taught himself at 16 how to do animation with a lot of free tools on the internet.  I had some spare time so I started fooling around with tools and tutorials he reccommended.  It’s not as difficult as you might think…

If you notice, that’s an exterior shot of the bar I built in Sketchup.  Sometime this week I’m going to see if I can set up a few animated characters in the bar having a beer or two.

And yes, I know this doesn’t have a lot to do with sketching.