Lordy, lots of stuff to post.  I’ll just get right to it and skip the usual round of excuses.  Things should move faster now though, I’ve got a brand new Mac and I’m attempting to use Painter every day (though I can guarantee you I won’t touch it tomorrow).

Anyways, half this stuff is new, half of it’s old stuff I found in a box while digging for things to put in Evernote.

These are some bar flies drawn at various stages of inebriation (both them and me).  They’re at least several years old, if not older. 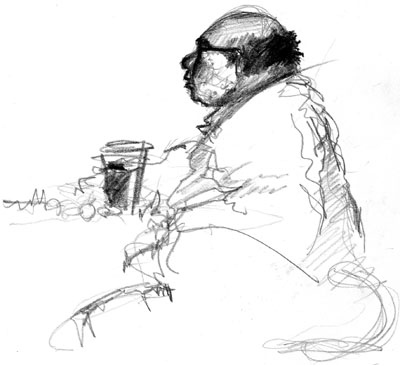 These next couple are really old.  I think the first one was a tonal study for a painting, maybe.  It was on an itty-bitty scrap of paper.

Next is a sketch of Kiely which eventually became a source for one of the oil paintings posted earlier in this blog.  (The one I’ve actually been occasionally working on in an attempt to complete it.) 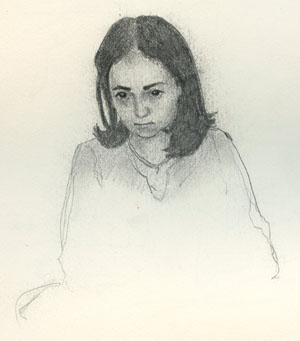 No idea what the next one is. 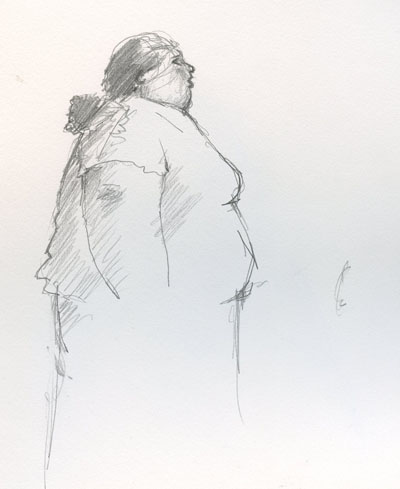 Some doodles during a wrist-cutting section meeting . . .

(The previous one was drawn with lots of pew-pew-pew noises.)

And a doodle during lunch… 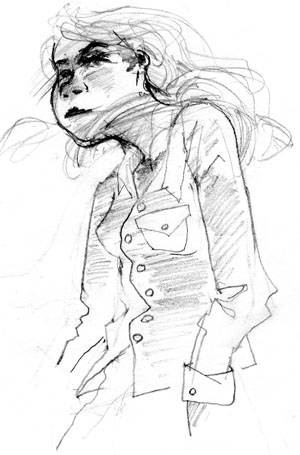 There’s a couple paintings done in Painter I still need to put up . . . probably get to that on Thursday . . .